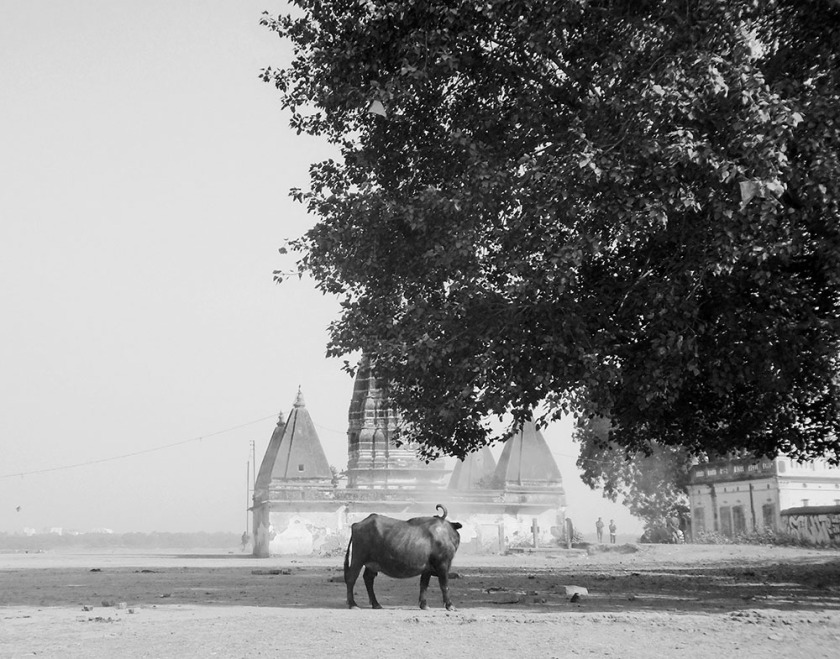 Father was speaking after a long time. He sat in front of me. His eyes were kind of sad but when he spoke, they spoke of a nostalgia that had come after years of living in a city. He is a village man.

Once one of our water buffalo had fallen sick, he started narrating, “she had stopped eating. It was felt that we needed to call the veterinary immediately. He was five miles away. Being the youngest probably, I was asked to go to the village and get him along fast. I left and as soon and as fast i could, i got him on my cycle. He immediately saw her and prepared the local medicine. It was on the burner. He asked me to give buffalo the medicine once it gets back to a normal temperature. For animals there used to come funnels. One can put that in their mouth to let the liquid medicine pass. We tried to place it in her mouth but she refused and after some struggle, suddenly she gave up and fell to her right side. Now she wasn’t moving anymore.

My father ran after the doctor again who had not have gone far. He found him sitting amongst people talking. In those days there used to be strict codes of conduct. A young person was not supposed to stand towards the head of an elderly, and if he is sitting on  a cot, one was not supposed to stand towards its head either. But my father had to convey the news. He circled the group twice trying to sneak in to get his attention and when he finally got into the circle, he went near to the doctor’s ear and told him that buffalo has gone unconscious. Please come. The doctor then looking at my father’s face, calmly said, no she is not unconscious. She is dead. My father was surprised by his answer. How do you know that? The doctor said, you encircled first and then coming towards the head of the cot is simply inauspicious.

While the doctor still started walking towards the dead buffalo. He started narrating an ancient oral narrative. Probably that is how and why I remember it till now and I am narrating it to you, my father said.

In Ramayana, when Ravana got hit, and was breathing heavily. Rama asked Laksmana to go to Ravana and ask for his knowledge, as he was the greatest of brahman kings and worshipper of shiva. Laksmana went and stood towards the head of Ravana. He asked him several times but Ravana kept quiet. Lakshmana, being the avatar of ‘sheshanag’, used to get angry easily. On reaching back to Rama, Laksmana told his brother that Ravana, though on his death bed is filled with ego and arrogance. Upon asking where were you standing, Laksmana realised his mistake.